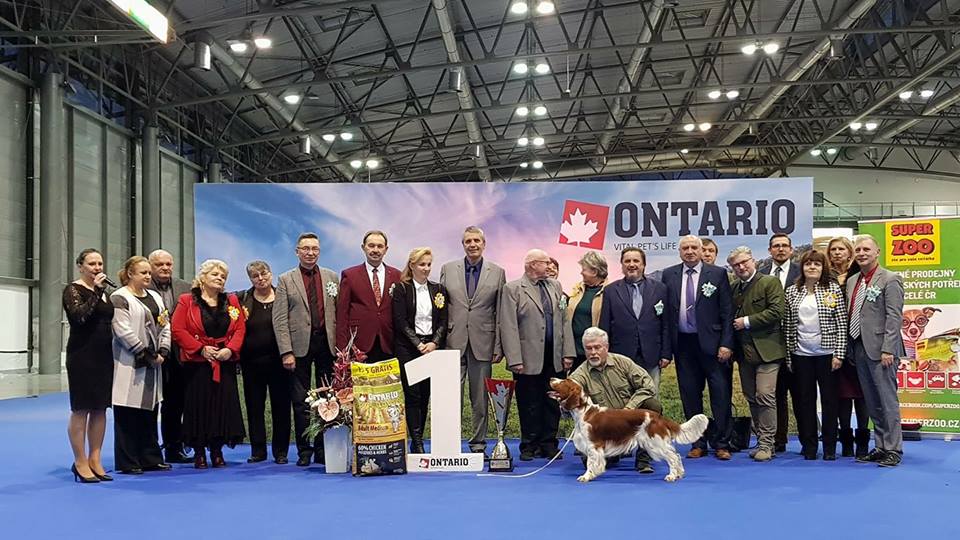 National Dog Show was held cross over the weekend 13.1. and 14.1. 2018 in Brno. Although I did not personally participate, four children of our Roky were enrolled.

But with these results it does not end. The son of Roky – Cedrik Idol Bohemia became the best dog of the day (BOD) on Saturday and son Cedrik became the BEST IN SHOW (BIS) in Sunday from all participating dogs from over the breeds from both days.

is a proud dad and we are his proud breeders !!!

Great congratulations to the owners and also to the breeders of successful dogs !!!